The results provide the general public with an overview of the race for elective positions, which feed the candidates’ fans on the one hand, and on the other, move party strategies and candidacies.

The truth, however, is that not all electoral research wins the pages of newspapers and websites, the radio waves and the TV screen. In fact, the public is not aware of most of these surveys, the content of which is basically qualitative and strategic.

How can election research help with Marketing Planning? 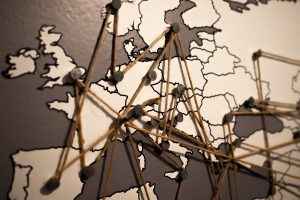 Many may understand that this discipline is restricted to preparing a candidate for public appearance and positioning himself in a way that pleases the electorate, whether in the way of dressing, in the form of expression, or even in the Choose the places you need to visit.

They identify where the candidate is stronger or weaker, which voters the campaign should invest, and what possible alliances can be made in favor of the political project.

These surveys, however, go far beyond well-known polling intentions. In parties with good structure and strategic profile, they are made periodically, such as common marketing surveys, whose purpose is to know the thoughts, opinions, needs, aspirations and desires of the target audience.

In common marketing, the objective of this research is to develop solutions, in the form of goods and services, that fit the expectations of the consumer. In the case of political marketing, this is much more complex because the party, in general, has programmatic commitments, which often go against the aspirations of the electorate.

It is therefore very important for parties and candidates to discover niches of voters with whom programmatic proposals align, but this is only one of the possible strategies. In some cases, parties can, based on the analysis of qualitative research, flexibilize their programs and even ideologies so that they are more palatable to the electorate.

In the latter case, which is certainly not ideal, some parties merely align the discourse with the opinion of the electorate.

What is essential today is not to ignore the importance and strategic power of research and political marketing, because it is through these disciplines that the party and the candidates will determine their position and strategies to reach the objectives.

What is the Future of Electoral Research

During the US presidential election, research institutes were unanimous in pinpointing Clinton’s victory over Donald Trump, except for the Los Angeles Times, a newspaper that ironically supported the Democratic candidate.

The secret of the Los Angeles Times, according to those responsible, was to have done their research exclusively online, but with a critical approach, identifying trends, such as the white electorate’s propensity to embark on Trump’s candidacy, even though a significant part of that profile was ashamed of Declare the vote.

Professor of Political Science at the University of California, Felipe Nunes, believes that the trend for the future is that research is more about finding out than asking. Of course, such conviction has a strong backing on the internet, not only because of the anonymity aspect, which makes people feel less inhibited in their opinions, but because of the gigantic amount of valuable information generated and offered by social media.

In any case, the institutes must be able to sell to society the idea that research is not a prophecy, but merely a trend report, which can change rapidly, especially in the light of the speed with which information is spread. The lie, and the loss of control of it by traditional means of communication.

Use of Technology in Electoral Research

The case of the Los Angeles Times inevitably refers to the trend of migration of various activities into the digital world. It would not be different with polls.
In fact, marketing itself uses itself abundantly from technological resources and the amount of information with quality in the network is significant, product of studies done online.

There is no shortage of tools for aligning the sample to the sampling plan, even more efficiently, not counting, of course, the agility of the process and the possibility of eliminating costs involved in the research. A good example of this, everyone has already had the opportunity to witness this peculiarity, is that the software allows the inserted data to be immediately transformed into information, through the reports in real time.

10 Tips for Success in Electoral Research

Of course, technology is not everything to be successful in an election poll. Moreover, without the intermediation of the interviewer, the risks of inducing the interviewee to error are greater. So there are a lot of care to be taken that apply to both polling and any polling.

It is very important to have the perception that the conduct and dissemination of electoral research is a very serious matter, which compromises the contractor and the institute with the integrity of the report presented.

The expected penalty for disclosure of fraudulent searches is detention from six months to a year and a fine that can reach six digits.

Any party involved in the electoral process may request an audit from the Electoral Tribunal regarding the methodology used in the survey, which may lead to the challenge.

How to validate an Electoral Survey

Since January 1, 2016, all electoral surveys intended for public knowledge must be registered in the Electoral Court, with the following data:

These data will be available for public consultation in the electronic register of the Electoral Court.

Returning to the errors presented by the surveys, many of them are caused by failures in planning and collecting the data.

In Brazil, these problems tend to aggravate, due to territorial extension and population diversity, particularly, of course, when it comes to federal elections, but the city of São Paulo, for example, presented terrible distortions between the results of the polls and the results. Research in the 2016 lawsuit.

While such problems occur in polling searches, periodic internal polls should be more concerned with them, as they may lead the campaign to err in the strategic for errors of information if not done to the maximum extent possible.

The importance of electoral research

Despite all the problems and challenges surrounding electoral research, they are an essential element for process transparency, especially when there are multiple research institutes and studies.

Once again, however, we must remember the importance of research as a strategic tool and not only as an indicator of electoral trends. It is necessary to know the voter in order to captivate him, and for this, serious research, with professionalism and scientific rigor, is necessary.

What is election survey?

What is election survey?