An election survey is definitely a device of utmost importance for the development of an election, both with regard to media that advertise the entire electoral process, as well as politicians, as the polls make it possible to measure if the campaign is having an effect originally desired.

In this article, we will talk about some relevant points about an election survey.

How to do the election survey

The method used to make an election survey changes according to the Office in charge of such a task, because there are several different ways to approach. The most common when doing a search is non-probabilistic sampling.

One should not confuse the election survey with a census, because this presents 100% confidence and representativeness total population. 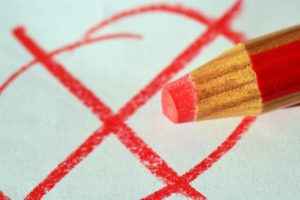 Is immensely costly and laborious to be done, so much so that he is limited to be held only once every decade.

This sampling is a portion of people who aims to represent the population by means of social class; genus; age; level of education; among other things, allowing a broader glimpse of panorama to be searched.

To make it more clear, imagine the following situation: if it’s common knowledge that the population of a city, State or country is composed by 35%, for example, the sample must contain the same percentage of elderly when the search is made.

That goes for the other items cited too; that is, the sample must simulate the real scenario of the layers that make up a society. Are also taken into account the regions convened. When it comes to something national, are addressed the most important capitals, as well as in state elections.

The “cities” are always in the lists, while smaller municipalities are usually chosen at random.

Sampling is fundamental piece in an election survey.

As much as I can be, the more errors is a representative sample, the greater the chance of pointing accurately the intent of the voters vote correctly.

Most polls estimate the results based on reviews of Grand 4000 people, who, if they contain the characteristics of the population, may represent very well what actually ends up playing out at the polls on election day.

The open question, the respondent is free to write your reply the way you want, while in the closed question he must answer directly and objectively.

It is worth mentioning that, as much as the question stimulates a response, she aims to not induce an instinctive reaction or the respondent, since the alternatives are arranged in circular shape, disregarding an order to change the choice.

It is important to remember that it is not possible to equate two or more distinct institutes research, even if these searches have been carried out on the same date, as there are several points that can go against each other and opening Windows for possible differences, such as the methods used, the regions chosen for the research or the sample of respondents.

All research institutes have (or at least should have) a code of ethics, which requires that after the election survey has been performed at least 20% of the people who were interviewed must be consulted again to declare their answers.

This is where the role of the “fact Checker” which will revisit the respondents and this will confirm if the answers match even with the data collected previously. This helps to reduce the margin of error and increases the reliability of the Research Institute.

Margin of error on election survey

The margin of error, as well as the level of reliability of the Research Institute, is bounded on even before the research begins.

Who hires the research to get a smaller number of margin of error, a larger sampling will have to be sought, to which the representative try to get closer to reality.

The smaller the margin of error, the more man becomes the search because it ends in more staff expenses, travel and materials, among other things. Most research is with a margin of error of 3 percentage points above or below the presented.

This means that a candidate with 30% of the voting intentions can actually have 27 or 33% of these intentions.

The level of reliability can be based on the margin of error, because the less you miss, the more reliable the search becomes.

An election survey is considered serious when the trust level is at least 95%, namely, in 100 research, 95 of them present an estimate that is consistent with the final result, and present this result 95% of the time if it is repeated again.

The influence of Electoral research in planning

Contrary to what one might imagine, the polls are not made just in time for the election.

They are made with a certain regularity, which examine the satisfaction of the people regarding the candidates elected in the last elections, and measure the level of popularity and disapproval.

Scenarios that anticipate the elections and seek to know who would be elected at any given time are also considered polls, as for example, “who would you vote for if the election were held tomorrow?”.

These kinds of research don’t even compare with those carried out in election period, which often are made every day, but are important tools for the operation of gears and media policies.

Benefits to make the election survey

An election survey is something that benefits various parts.

The research institutes profit from the work done; politicians can track their marketing campaigns and change your strategies depending on what point research; News conglomerates will increase your sales and circulation with the searches, which consequently attract more audience for the debates are produced later; and voters may have a base on who to vote for, as well as whether your candidate is doing well; the research may influence the vote, since a candidate may not receive votes simply because it does not present a significant amount of intent in research.

With this broader vision about the research, now you can be more attentive in times of election; but remember to vote with consciousness and closely monitor your candidate before and after giving him your vote.

Why do Electoral Research?

Why do Electoral Research?